Bitcoin is a digital payment currency that utilizes cryptocurrency (a digital medium of exchange) and peer-to-peer (P2P) technology to create and manage monetary transactions as opposed to a central authority. The open source Bitcoin P2P network creates the bitcoins and manages all the bitcoin transactions.

Often referred to as “cash for the Internet,” Bitcoin is one of several popular digital payment currencies along with Litecoin, Peercoin and Namecoin. When the word Bitcoin is capitalized, it usually refers to the software and systems used for bitcoin (in lowercase it means the actual currency).

Bitcoin is considered the biggest cryptocurrency. It was first introduced in 2009 and is the most widely-traded cryptocurrency. Bitcoin as an implementation of the cryptocurrency concept was described by Wei Dai in 1998 on the cypherpunks mailing list. Dai suggested a new form of money that uses cryptography to control its creation and transactions, rather than a central authority. In 2009, the Bitcoin specification and proof of concept was published in a cryptography mailing list by Satoshi Nakamoto. As noted in the Official Bitcoin FAQ, Satoshi Nakamoto left the project in late 2010 without revealing much about himself.

Payments are made via a Bitcoin wallet application that resides on a user’s computer or mobile device, and a person only needs to enter the recipient’s Bitcoin address information and payment amount before pressing send to complete payment.

According to eWeek, efforts to improve Bitcoin mining are now under way, working under the basic assumption that the cheaper you can mine Bitcoins, the more money you can make.

While attackers are going after Bitcoin-related sites, there is an important distinction between the security of the Bitcoin network and the Bitcoin exchanges. According to InternetNews.com, no one has ever found a critical vulnerability within the Bitcoin protocol itself that would allow a user within the Bitcoin network to fraudulently create coins or forge transactions. That said, there have been compromises of various Bitcoin exchanges throughout the virtual currency’s lifetime, and as the value of a Bitcoin increases, so does the risk in using exchanges.

Let your crypto work for you. The only insured account that lets you borrow instantly in 45+ fiat currencies and earn daily interest on your idle assets. 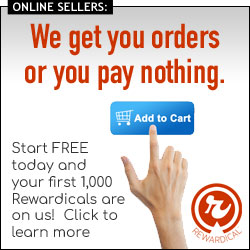